Anna, Isabella Sonntag’s daughter, had the idea that Isabella should discuss some things from her point of view. Isabella is the backbone of the Oliveira stables and occasionally causes a discussions in the equestrian world. Isabella does not see herself as a horse trainer, but as a keeper of the art of riding and is sometimes viewed critically. Her answers are clear but sometimes uncomfortable. But they are always honest answers in this moment. She loves horses as well as people, including her critics. Anna asks various questions:

Q: What is the difference between Oliveira Stables and „Academic Art of Riding“?

A: We generally do not judge at Oliveira Stables over other riding styles or instructors and want to be cautious in our response. I personally know Bent Branderup who is a very well read and educated man who I respect. The approach and goals are slightly different. Practitioners, for example, would work our rehabilitation horses in a different way. It is very important to us that Vertical adapts to the horses. It can therefore look very different how we work an Icelandic pony or whether we make a warmblood rideable again from being broken in equestrian sports. The Academic Art of Riding is certainly a system that wants to preserve a riding culture and riding styles. However, the approach is different from ours. I’ll leave it at that because at the very end you have to deal with what you want to know. That also applies when I say that I respect Mr. Dysli very much for his riding style. You are welcome to read my biography to get to know my path and my experiences. Deal intensively with other riding styles and ours so that the dimensions of the differences become clear to you. Ride a horse from the Ecole de Légèreté, one ridden in the Academic Art of Riding and a vertically ridden horse. Feeling will give you answers. But it is legitimate to be attracted to different riding styles. Vertical riding leads to very energetic horses. They are always ready for anything, anytime. But that’s not what all riders want. Some just want to ride comfortably in the terrain, such a highly energetic horse may not be desirable. You have to want a horse like that. Dysli, for example, like Manuel Jorge de Oliveira, had enormous experience. How many horses have you trained? It’s certainly different with these people, they’ve trained horses incredibly, they admit to mistakes along the way. In an hour-long talk, the two admitted the mistakes they made along the way. This is normal and both of them never stopped searching, learning. They have evolved themselves. We would like to have a roundtable with all riding styles and then let’s discuss.

Q: Nuno Oliveira – commented on Facebook – did not ride „Vertical“.

A: There are certainly many people who were still able to get to know Nuno live, but enough who have only read the books. He certainly didn’t use the word Vertical there, for what reason. We know, Manuel Jorge de Oliveira knows, his seat, his way to use the riders aids were incredible. We give other riding masters their space. On Facebook, our channel is of course about our riding style. We don’t want to speak for Nuno or other riding masters. We try to stay on a good and true path. Everyone should do this every day and is allowed to do it in their own way. Our truth is not Manuel Jorge de Oliveira, he is a very humble person. Manuel would never say he is the truth. He would say: „If I arrive, I don’t know, but that I’m on the way, that I am sure.“. What he’s saying is that he doesn’t feel like he ever says I fully understand cavalry. But he’s on his way to help the horses. To have a way of riding that leads to the horses. He rides and rides, and doesn’t care about Facebook or Instagram. For him this remains unimportant and strange. But I have his trust and he has mine, and Manuel knows what I’m doing here and I always let him know. We work intensively with 50 horses in the Oliveira Stables with 15 employees.

Q: Why did you establish the Oliveira Stables?

A: I’m not a totally gifted rider. I am a recreational rider like most. Certainly what made me different is that I never stopped searching. Somehow I had always missed an answer. I had the feeling that, despite the trainers at my side, I didn’t get as far as I thought it felt right. As a publisher, I have published 100 horse books. I got to know the authors, I also organized many seminars with Mr. Heuschmann, for example. But the results in the horse training simply convinced me the most with Manuel. Manuel was the one who could answer every problem, every question. We were also able to get along incredibly well personally. And at some point I decided that the stable is necessary to be able to maintain the riding style.

Q: How do you deal with the unfair comments and critics, e.g. on FB?

A: You know this is real on FB. There are groups created just to harm us. That’s how some people are. That doesn’t hurt me personally. I am very sorry for the horses. When so much energy is put into harming others by people who have never been here, it is very sad. Even on Amazon in the books‘ reviews such strange comments are given. We only have healthy horses and I can only interpret that as envy, jealousy, ignorance or resentment. I made my mistakes too, but learned from them. Every critic is invited to come by here. Or they just do their own thing. People take a lot from themselves when they waste their energy on senseless attacks.

Q: Could you create offshoots from Oliveira Stables?

A: In the end it already exists. There are licensed stables such as the Rudat or the Marty Stables with exactly the same concept. There are also other very good trainers from us. You can find them in our directory.

Q: What is another heart’s desire of yours?

A: Actually, I find my life fundamentally worth living. I have many tasks that I fulfill step by step. I wish there was much more independence in the horse world. I think it’s bad if you just run after them. Running after the mainstream. If I could wish for something, it would be all independent people who act from the heart and wish the other the best. Thanks for listening & reading!

I’m only human, an impulsive and active person. And I can also apologize for one or the other „explosion“. I’m a little allergic to false claims, and sometimes I just can’t help myself. But I don’t want to offend anyone if they ever feel that way – I’m open to say sorry. But always ask, we love to give you answers. 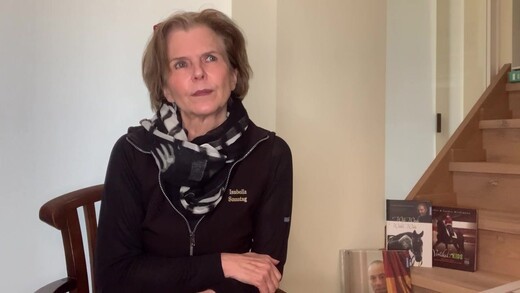 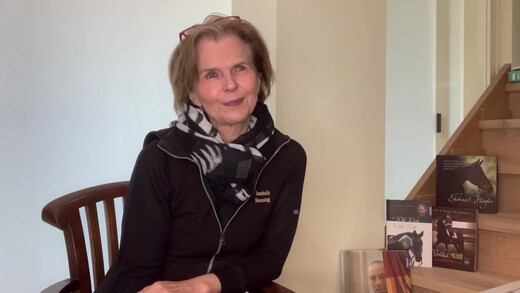 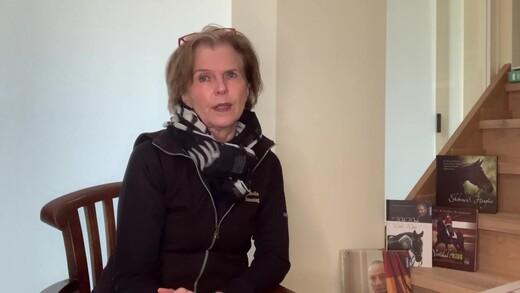