A film on the subject of "rehab horses": how dangerous and priceless this work is. The horse is in the Oliveira Stables for three months and  3 to 4 people take care of him daily. According to Manuel Jorge de Oliveiras forecast, it will take a year. This work cannot be done without the vertical inspiration. 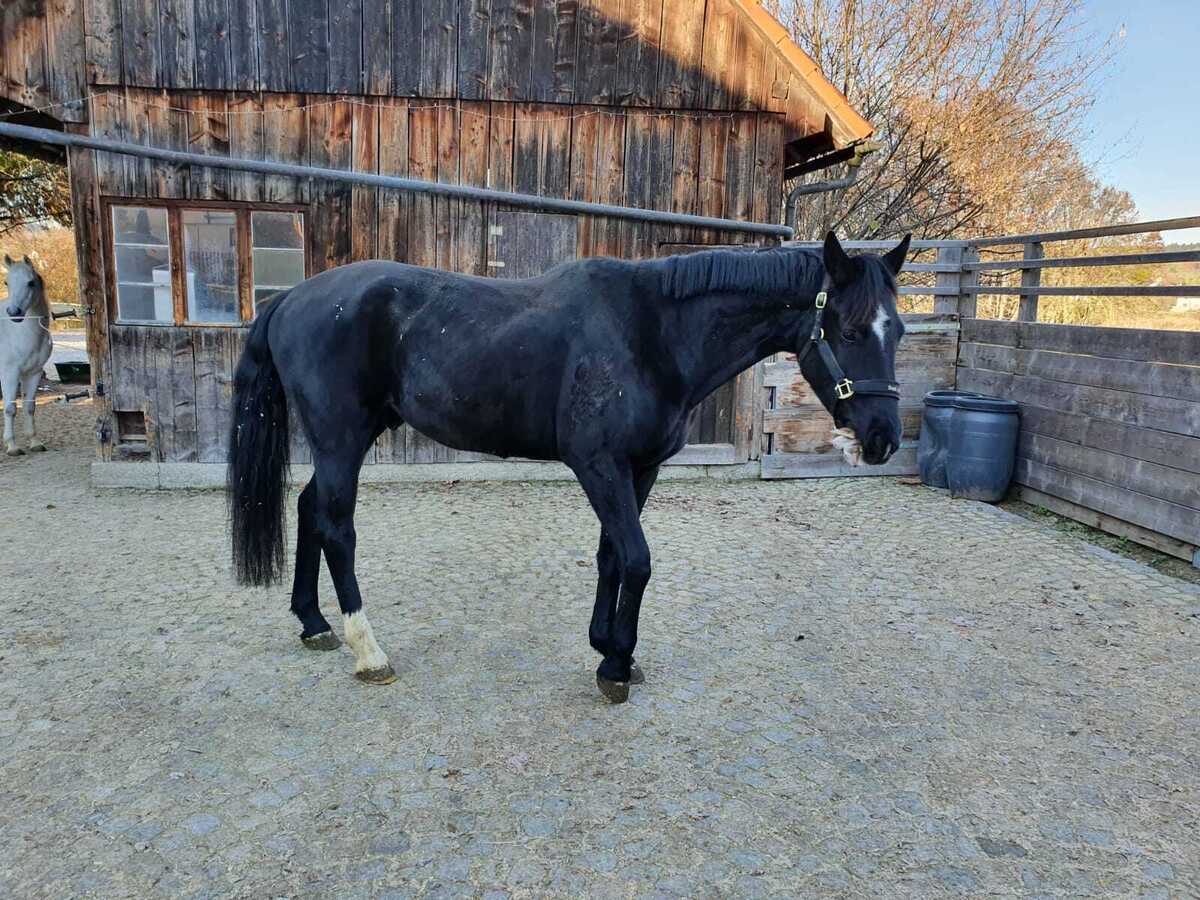 Sananda has now been intensively cared for and worked together by 3-4 people at the Oliveira Stables for the past 4 months. As the owner Jessica Fischer explained at the beginning, the main problems have been confirmed:

- Sananda doesn't allow to be touched on his head

- He can't be worked from the right side

- He shows enormous stress and panic-like escape reactions in situations he is not familiar with.

Thus, when the first attempt was made to have a rider lift himself up on Sananda's left side, it became clear that he tolerated this, but as soon as the rider's head (helmet) appeared in the field of vision of his right eye over the saddle, he paniced, jumped straight up into the air and took fled forward.

Such situations are, of course, extremely dangerous for the life and limb of all people involved. Fatal injuries can result in just a fraction of a second when the horse aims for it.

Toi, toi, toi, but so far Sananda has only tried to escape from the respective situation without intentionally wanting to hurt anyone. Apart from fear and flight, he has shown no fight back and no aggression, has neither kicked nor bitten or run against people. - This clearly shows the careful handling of him over the last 1½ years, the strict upbringing that he has experienced during this time and the basically good, friendly character of the horse.

In addition, through daily, intensive mobilization, the entire horse's body was largely freed from tension and made supple, Sananda regained his balance and body awareness and thus his self-confidence improved again. - At the end of this film, we can see how Sananda now allows Bernardo Nota-Luís to touch his head in praise.

It is also nice to observe here that Sananda remains in balance with every stop, i.e. stands closed or vertically aligned. These are the small wins that should not be ignored.

In the meantime, even with a rider over the saddle, a few steps of mobilization are successful: at first Sananda stood stock still and fully tense, even completely frozen as soon as he felt the weight of the rider. The attempt to move at least one front leg a step to the side escalated into regular escape attacks. - Here it is once again particularly clear how important vertical work is!

Or, as Manuel Jorge de Oliveira likes to say: "Little by little." 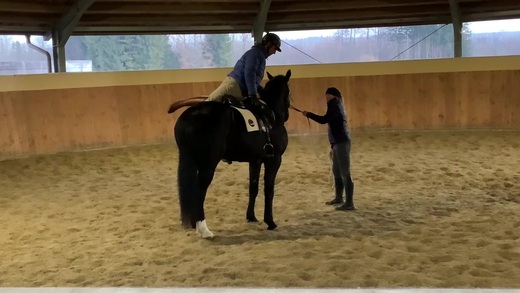 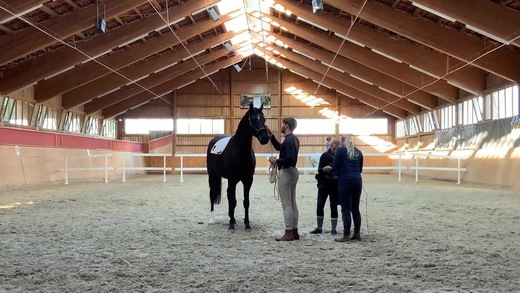 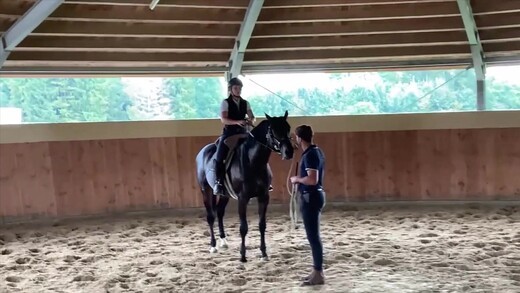